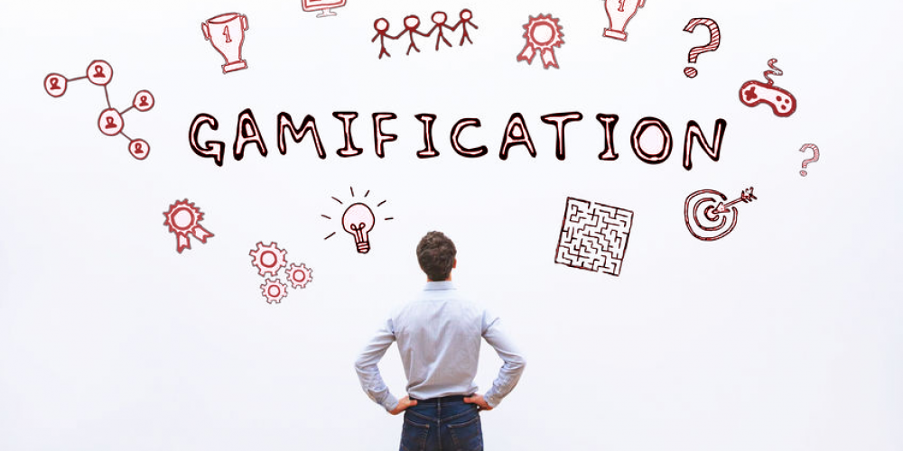 The term ‘Gamification’ was coined back in 2002 by Nick Pelling, a British-born computer programmer and inventor, and hit the mainstream thanks to Foursquare in 2009. By 2011, it officially became a buzzword when Gartner added it to its ‘Hype Cycle’ list. Gamification makes it possible to present complex content in a playful and simple way. Thanks to gamification, users can internalize contexts more quickly and easily. At the same time, it increases the connection to the product and enables intensive customer loyalty. However, different types of players require a high level of expertise. Our agency develops applications, games, apps, and web tools to interactively introduce users to various topics. You can find out how we do this here.

Gamification has been around for many years, both in business and in science. Various companies specifically rely on an empathy-based cornerstone to convince especially young people of brands or campaigns. This form of customer relationship has various forms. Game designers use this strategy, for example, to present difficult decisions simply with the help of game-typical elements. In other cases, gamification is used to bridge less entertaining content or to convey learning content simply (e-learning). Advertising also uses gamification to increase motivation for rather price-intensive products. In this way, the monetary equivalent value is often pushed into the background.

The accusation of manipulation in gamification is mostly unfounded. The mechanisms of the human brain recognize such attempts quite reliably. A full-scale change in behavior cannot be brought about by this form of customer approach either.

This field also offers many facets on a broad scale. It is not just about storytelling, collecting experience points or immersing oneself in a foreign game world. Rather, this discipline offers exciting approaches in edutainment and the communication of learning content. Game manufacturers are increasingly embracing this trend.

The focus is also on people who are not familiar with games. In other words, those users who do not normally consume games and are not very familiar with the game principles. Various experts (such as Nora S. Stampfl, Sebastian Deterding, Gabe Zichermann, Michael Koch or Roman Rackwitz) have written interesting articles on the topics of player types and psychological factors. However, various elements can be found in almost every gamification application:

Current scientific background or literature references are easily prepared via corresponding books or a serious business encyclopedia (such as Gabler) on the web and offer first basics. Here, readers can also obtain background information on important basic terms such as game mechanics, serious games, or game-based learning. In 2011, there was an extensive study. The PDF on “Using Game Design Elements in Non-Game Contexts” can be downloaded here. The article also deals with the complex of Health Data, which is especially interesting for the healthcare industry. An exciting book is certainly “The Effect of Gamification on Motivation and Performance” (ISBN: 978-3-658-14308-4, Springer Fachmedien Wiesbaden) by Michael Sailer.

The feature pages of various newspapers such as the SPIEGEL Group with Einestages Manager Magazine or Harvard Business Manager have also already taken up the topic as an art form, among others. This approach shows how versatile the interpretation is and how far it has been taken out of the digital world. One successful example is certainly the foldit project, which has achieved remarkable notoriety beyond the scene.

Something Different for Sure

The term gamification is not synonymous with our customers being presented with colorful avatars with even more colorful leaderboards. That train has sailed for at least 10 years. Really good gamification ideas come from knowledge of the target group and a distinct creativity. So, the question must be: How do we ensure that the user enjoys the program for as long as possible (keyword: motivation to use) and still receives the right stimuli? How do we motivate even those who are unfamiliar with the game?

This site uses Akismet to reduce spam. Learn how your comment data is processed.